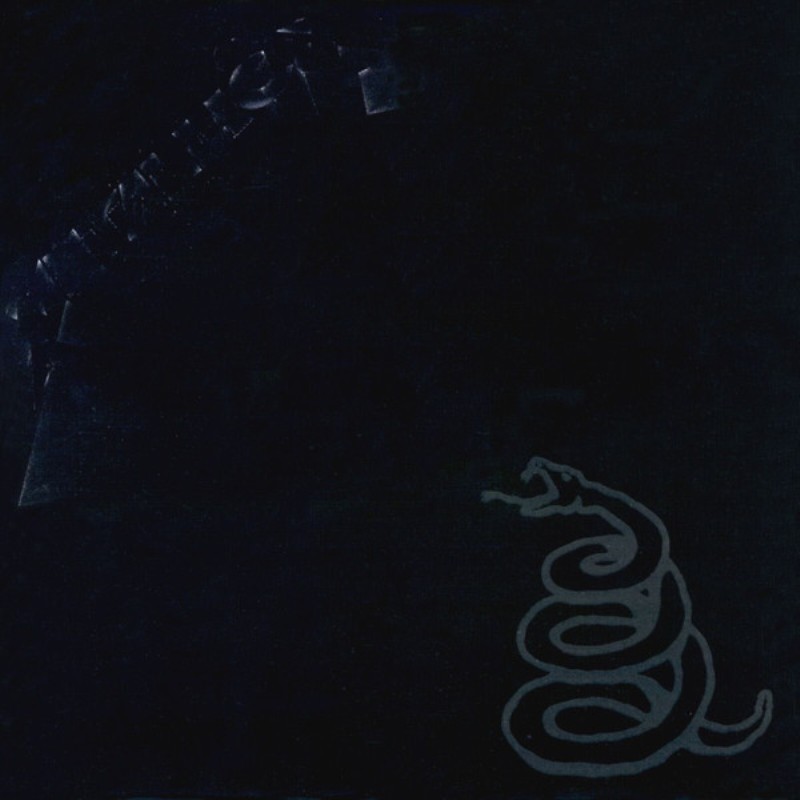 Longtime fans may call this one a sellout but that is hardly the case. Instead, the group has increased the bottom end of their sound and keeps the riff-per-song limit down to about two. This may keep Metallica from alienating staunch metal-haters, but it is the quality of the songs - hits such as Enter Sandman and the ballad Nothing Else Matters, but also Holier Than Thou - that has made this their most successful (and best) album to date. Certified at 12 million units by the RIAA.

Called "the Black Album" by many (due to its monochrome cover), Metallica marks the group's entrance into the mainstream, with shorter songs, simpler song structures, and slower tempos overall. That said, this is an excellent album, featuring some of the best songwriting Metallica has ever done. "Enter Sandman," "Wherever I May Roam," and "God That Failed," despite being slower and more groove-oriented than the band's earlier work, feature the same heavy riffs and heavier rhythms that have always been a feature of Metallica's music. The band goes introspective with "Unforgiven," and proves that they can write a ballad with "Nothing Else Matters," which succeeds better than one might expect. Overall, this is a high-energy album despite its laid-back approach, and is in many ways superior to the previous . . . And Justice for All, which was weakened by overly complicated song structures and mediocre production.