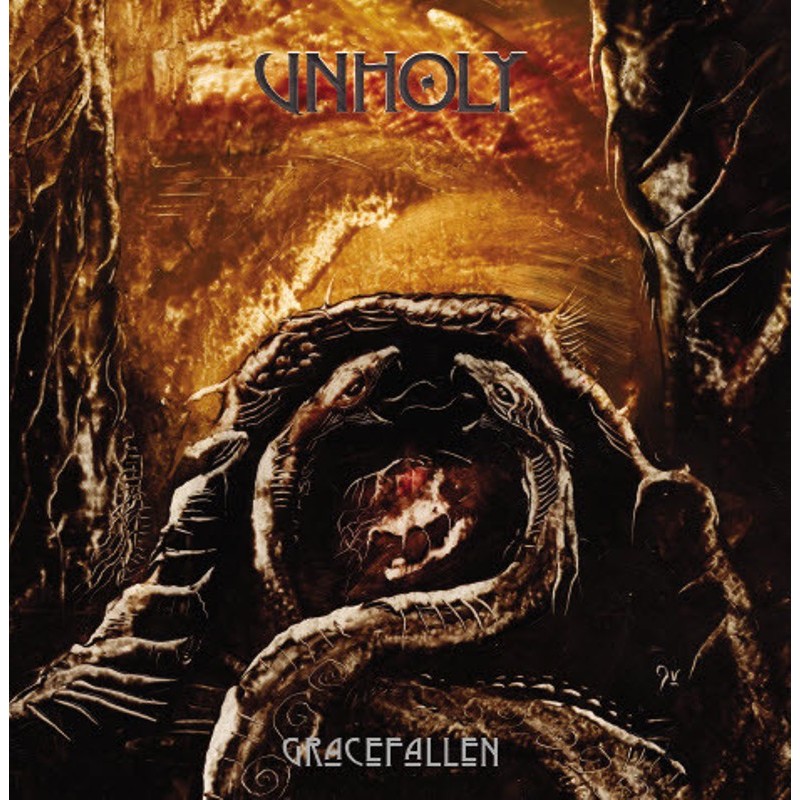 Unholy, from Finland, formed in 1988 & were among the first doom metal bands from the country. In the band?s earlier years, starting under the moniker of Holy Hell, their style began as more a black/death/doom metal mix but progressed to a style of atmospheric, experimental doom metal. Unholy recorded 4 albums throughout their career before disbanding in 2002 & leaving a legacy as a very influential & legendary act in the Finnish doom metal scene who are still highly respected today, alongside other classic Finnish acts such as Thergothon.

'Gracefallen' was the band's 4th and final album, & was originally released in 1999. 'Gracefallen' contains the trademark heavy, slow & often unusual Unholy arrangements & heavy guitar, but also integrates an increased amount of female vocal & keyboard parts to give a broader sense of dynamics & melody to the tracks, courtesy of Veera Muhli, giving added effect to the depressive & desolate feel of the songs.

This edition of 'Gracefallen' also includes a rare bonus track called 'Gone', recorded prior to the album.