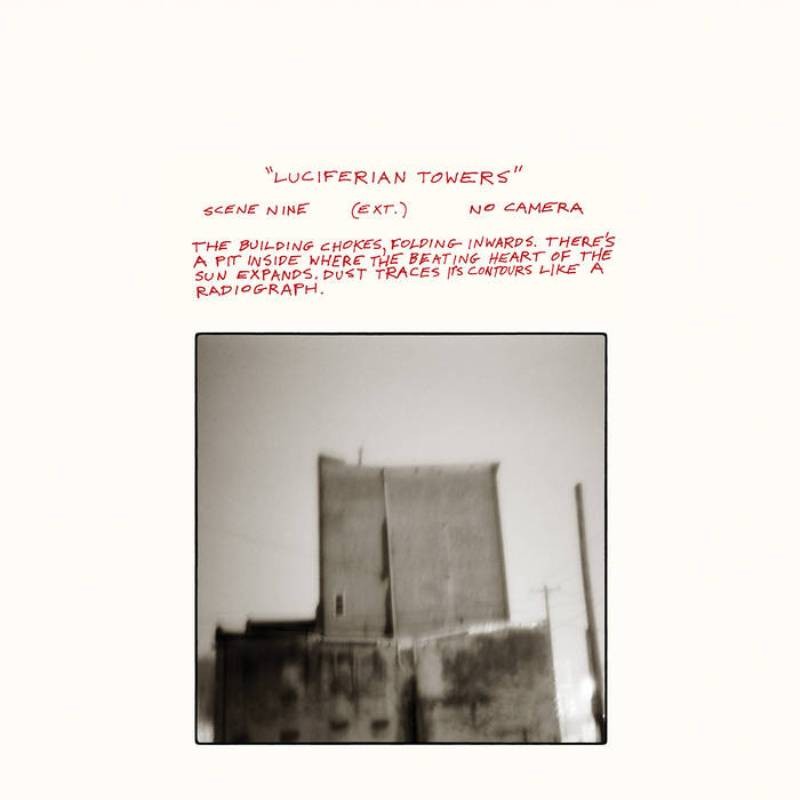 “Stands as one of the best albums of the year. ‘Bosses Hang’ is the best thing Godspeed has written in years. Each riff positively blossoms into the next, never lingering for too long on any one musical idea. Every note speaks for itself. The band’s sonic apocalypticism has overtones of hope. Luciferian Towers is excellent.” PRETTY MUCH AMAZING (A-) “It is demanding, complex, wordless music, directed in part at the off-switch of the information age. Godspeed expects an interpretive exchange from its listeners, and rewards surrender to the transaction...precise in its dissonance and generous with its emotions. ‘Anthem For No State’ is one of the most beautiful things that Godspeed has ever put down.” NPR “No one working in this genre does [it] better. Godspeed’s music is undergirded by its musicians’ radical leftist politics and that means there’s hope rather than despair at its heart—a belief that collective struggle against our overlords is a battle worth fighting instead of a foregone conclusion to surrender to. It’s this spirit that animates Luciferian Towers, their impeccably composed, most melodic and powerfully positive-sounding album to date.” PITCHFORK (7.3) “The band still builds giant sonic structures with guitars, drums, and violins, stretching out into song suites that can last for 15 minutes or more. In fact, two of those suites make up the bulk of Luciferian Towers: ‘Anthem For No State’ is the lengthy three-part comedown after the brutal, beautifully intense three-part ‘Bosses Hang,’ which is one of the band’s strongest compositions ever put to tape. Whether the music conveys the band’s intended political message can’t be definitively said, but at least they keep making incredible sounds to smash the state by.” AV CLUB (B+) “Godspeed has taken measured steps closer to beauty. It’s not a record of mourning, as much of the collective’s music has been described. Instead, it feels more like a call to action and creation. The world is ruined — but all of us are still here. It’s not a revolutionary message for Godspeed, which has been delivering variations of this for almost 20 years. But it still sounds like a revolution.” LA TIMES