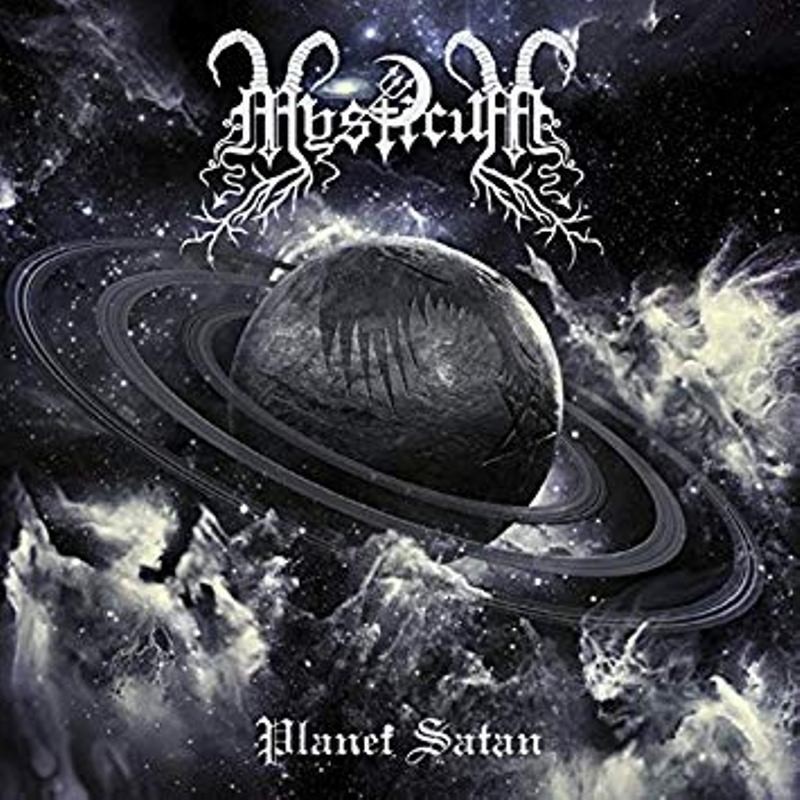 Mysticum's Planet Satan - from 2014 - was a work of intense and otherworldly Black Metal that welcomed Mysticum to the new millennium with sublime chaotic fury.

A work of intense and otherworldly black metal power injected with Mysticum's strong cosmic, satanic and psychedelic overtones, Planet Satan welcomed Mysticum to the new millennium with full & unrelenting force, whilst retaining the core elements which made the Norwegians pioneering legends of industrial black metal.

Both infernal & nihilistic, as well as apocalyptic in its scope and execution,Planet

Satan was a new milestone for the genre with its sublime, chaotic fury. Primitive minor-chord riff patterns & tortured vocals mixed with the band's manic and often unconventional programmed drum beats made this an eerily hypnotic work of the darkest order.

The album was recorded & mixed at Fias Co. Studios with producer Sverre Dæhli, & mastered by Tom Kvålsvoll at Strype Audio in Oslo.

Emerging in the early 1990's, Mysticum brought to the world a completely unique brand of psychedelic discordant black metal with insane drum machine patterns & synths. They were originally (and briefly) signed to Euronymous' Deathlike Silence Productions label, such was his belief in the band.

This edition of Planet Satan is presented in digibook format.