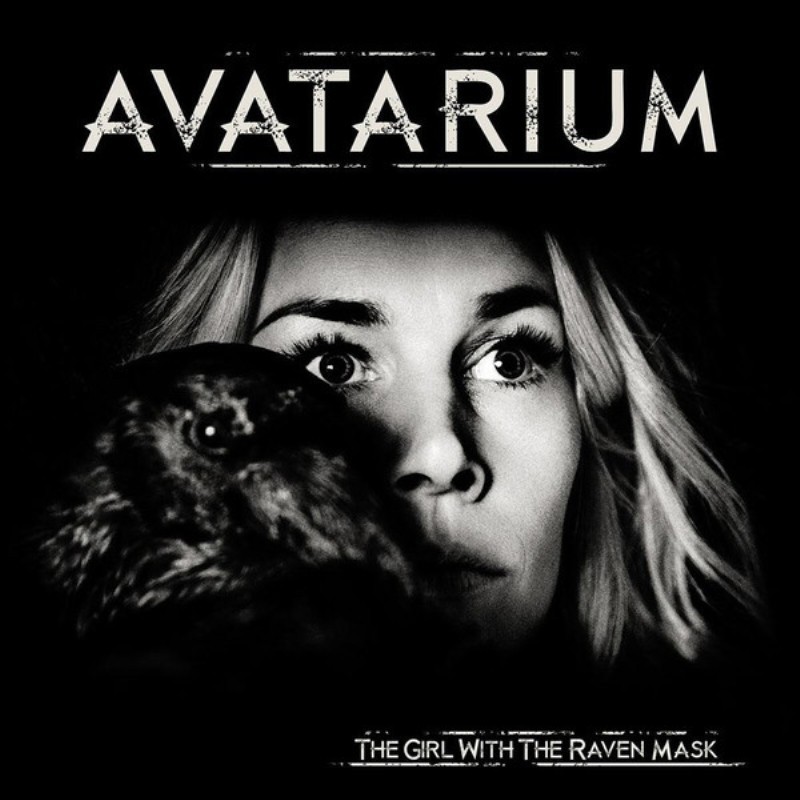 Many bands strive for success their whole career, but they never quite accomplish the breakthrough. On the other hand, there are bands, which are successful from the outset: One of these artists are the Swedish-based doom metallers AVATARIUM.

Edling states about the CD: "I think we have created something unique this time with AVATARIUM. The songs are more written to be just songs and there are some really nice moments on the record that I personally love... the straightforward title track, the beautiful 'January Sea', the riff in 'Ghostlight' and the groove in 'Run Killer Run'. The organ and the Rhodes piano are ridiculously loud in the mix at times; even Dr. Carl agrees [laughs], but i think it gives even more edge to the songs! I hope people will dig 'The Girl With The Raven Mask' as much as I do myself, and if they don't, it's their problem. A band can't deliver more than we have done here, so it is an album close to perfection! When an album is perfect... shoot me!"

Many bands strive for success their whole career, but they never quite accomplish the breakthrough. On the other hand, there are bands, which are successful from the outset: One of these artists are the Swedish-based doom metallers AVATARIUM.

Founded in 2012 by bassist Leif Edling (ex-CANDLEMASS) and Marcus Jidell (EVERGREY), the band soon after signed a contract with the world renowned record label Nuclear Blast.

The first creation of this budding young relationship was the well-made EP »Moonhorse« (2013), which was followed by their highly acclaimed self-titled debut »Avatarium« (“The new emotional feeling of dark doom is called AVATARIUM. - Strong & breakable, powerful and poetic!“ METALLIAN) in the same year. AVATARIUM’s second EP »All I Want« followed shortly after in 2014 causing a sensation as well.

Now, the time has come for another piece of breathtaking Swedish doom metal: AVATARIUM are ready to release their magnum opus »The Girl With The Raven Mask« in October.

“The quest for the perfect studio wasn’t that easy,” string wizard Marcus Jidell starts to tell.

But eventually, »The Girl With The Raven Mask« was recorded in the Ghostward Studio in Gröndal, Stockholm. David Castillo (BLOODBATH, OPETH, KATATONIA) was the responsible engineer at the Ghostward Studio and he also mixed the album. “To get the right feel, drums, guitar, bass and some keys were recorded live,” Jidell continues. “It was extremely important to find the right studio and the right equipment to make the album sound like we wanted,” continues the guitarist, who also produced the record. “Microphones, guitars, amps, pedals, keys, drums - everything was very well prepared and we rehearsed in the big studio room three days before we started the recordings just to get to know the sound in the room and to learn how to make everything sound as good as we possibly could.”

Once again, AVATARIUM had the pleasure to work with Michael Blair (TOM WAITS, LOU REED) who emerged as guest percussionist. “He did his usual magic and helped us to catch a little of that cool old school vibe we were looking for” Jidell confirms satisfied.

The record’s title »The Girl With The Raven Mask« is taken from the opening track of the same name. 'Girl With The Raven Mask' is the shortest track on the record at just over four minutes. “It is an up-tempo hard rock/doom number with a very strong lyric made by Leif about a little girl with a big raven head mask. The song asks questions like: Who is she and what did she experience? What is it that she doesn’t want us to see?” explains the guitarist. The fitting cover artwork is by the photographer Linda Åkerberg but the band also worked on it with the Nuclear Blast team: “They helped us to get the right feel and tone,” Marcus reinforces.

The lyrics were written by bass player Leif Edling. “I think he has made some of his greatest lyrics ever on this album actually,” Marcus romanticizes and adds. “The lyrics on the album have both - the poetic side that leaves room for own interpretations and some classic stories. One of my favourites might be 'Iron Mule' that tells the story of the navvies who worked on the railway in Sweden back in the days.”

Finally, on »The Girl With The Raven Mask« the band’s musical aim was to continue the philosophy and atmosphere they had created on their eponymously titled debut and the »All I Want« EP: “We want to catch the vibe of our heroes, bands like MOUNTAIN, RAINBOW, BLACK SABBATH, BLUE ÖYSTER CULT, CROSBY, STILLS & NASH and LED ZEPPELIN, to make organic sounding music but to combine that with the raw and heavy sound of today. The songs all have their own soul and touch, we really wanted to have a nice flow on the album and to make something different both musical and lyrical wise. We wanted to keep the energy in all the individual performances and at the same time allowed the songs to grow the way they needed,” Jidell closes.

This is evident in the lengths of the tracks: no song (except the title track) is shorter than five (!) minutes tracking listeners on an epic prog-rock journey.