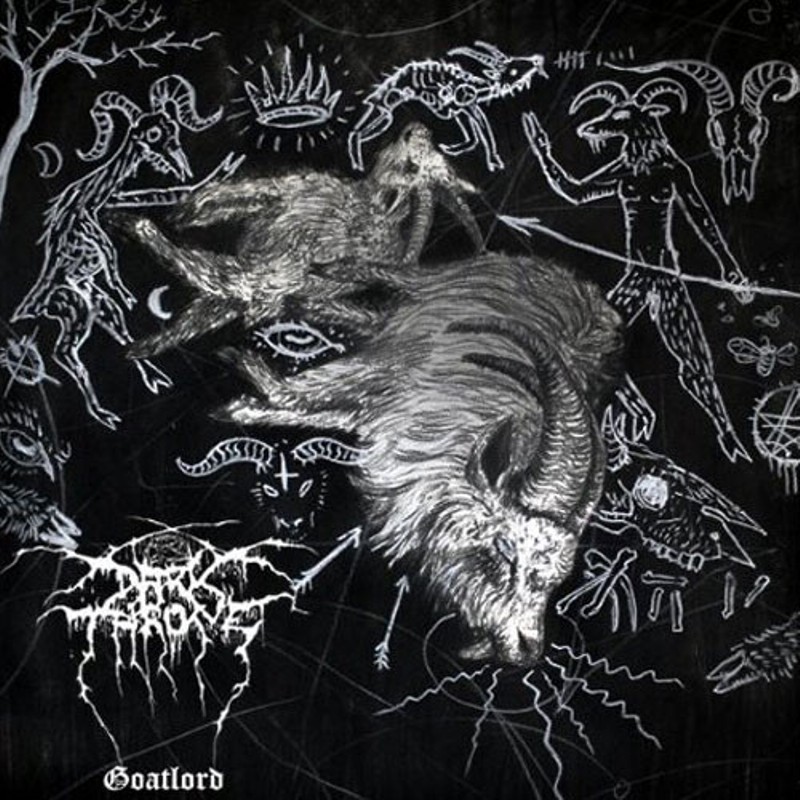 This edition of Goatlord features new artwork as selected by the band after a public competition.

Darkthrone began in the late 80's as a more thrash/death metal inspired act and progressed through technical death/doom metal experimentation to become legends of the black metal world and one of the original leading bands of the Norwegian scene.

'Goatlord' is the title of what was to originally be Darkthrone's second album. The style followed very much in the vein of the debut, 'Soulside Journey', with a mid-paced melodic, yet technical death metal style. After the recording of the tracks in their completed demo form in 1991, however, Darkthrone's focus shifted towards black metal and so the album was shelved, while work commenced on what was to be the Norwegian black metal milestone, 'A Blaze in the Northern Sky', which did actually incorporate some parts from the 'Goatlord' tracks.

'Goatlord' was only ever recorded instrumentally, and so it wasn't until 1994 that Fenriz added vocals to the songs, with the album eventually seeing a release on the band's then label, Moonfog Productions in 1996.

This edition of Goatlord features new artwork as selected by the band after a public competition.