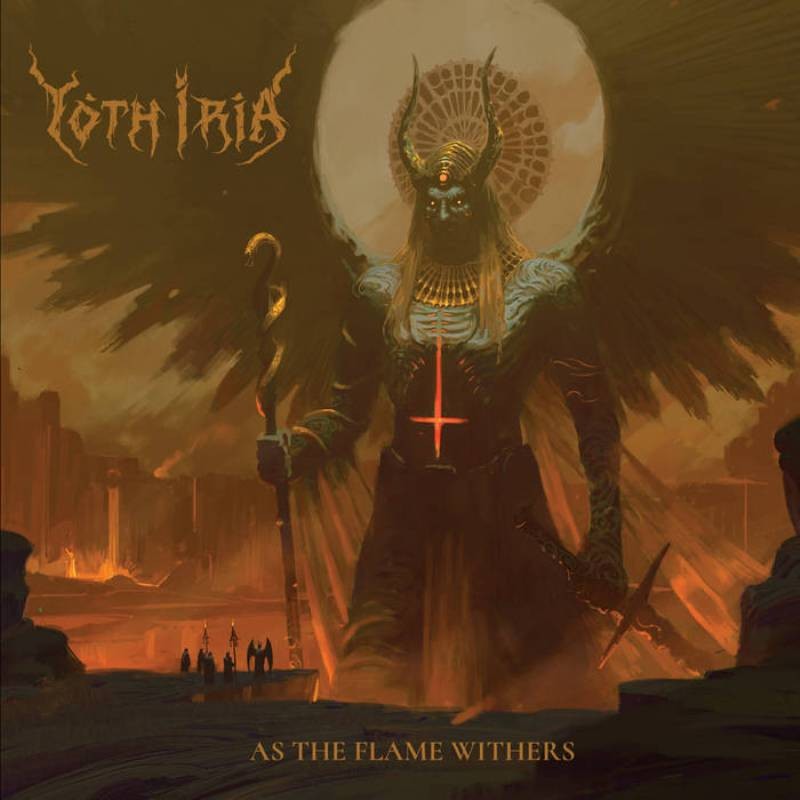 Yoth Iria is the brainchild of Greek black metal veterans Jim Mutilator and The Magus - the duet which developed and pioneered the underground scene back in the day.

Yoth Iria's music is an amalgam of the influences and visions of its creators. Dark, diabolical, emotional, powerful and majestic. A fresh look into '90s Greek occult black metal with a nostalgia of the past and a look into the future.The debut full-lenght album  "As The Flame Withers" was recorded and completed at the famous Pentagram Studio with George Emmanuel (Rotting Christ, Septicflesh, Lucifer’s Child, Acherontas etc). The artwork was completed by Harnasash Singh.

Jim Mutilator was the first bassist and a founding member of the legendary Greek black metal band Rotting Christ. In 1985, at the age of 14, he started a band called Black Church with the Tolis brothers. Two years later the trio went on to form Rotting Christ. He was also the first bassist in Varathron. He appears on both Rotting Christ’s Thy Mighty Contract and Varathron’s His Majesty at the Swamp, two of Hellenic black metal’s most recognised and defining albums. He also participated in the most important black metal tour back in the day, which included Blasphemy, Immortal and Rotting Christ. He left Varathron in 1993, shortly after their full-length debut. He did two more albums with Rotting Christ, Non Serviam and Triarchy of the Lost Lovers before leaving in 1996. However, he contributed lyrics to Rotting Christ all the way up until the Sleep of the Angels album.

The Magus is a Greek musician (bass, keys & vocals) and producer, well known for his work in the Greek black and death metal scenes. He formed Necromantia in 1989 together with Baron Blood (RIP), one of the most influential and avantgarde bands of the scene. A formidable composer and a sinister lyricist, his musical projects and colaborations involve: Rotting Christ, Thou Art Lord, Diabolos Rising, NAOS, Raism, Principiality of Hell among others. He is credited for shaping the ”Hellenic sound” of black & death metal.