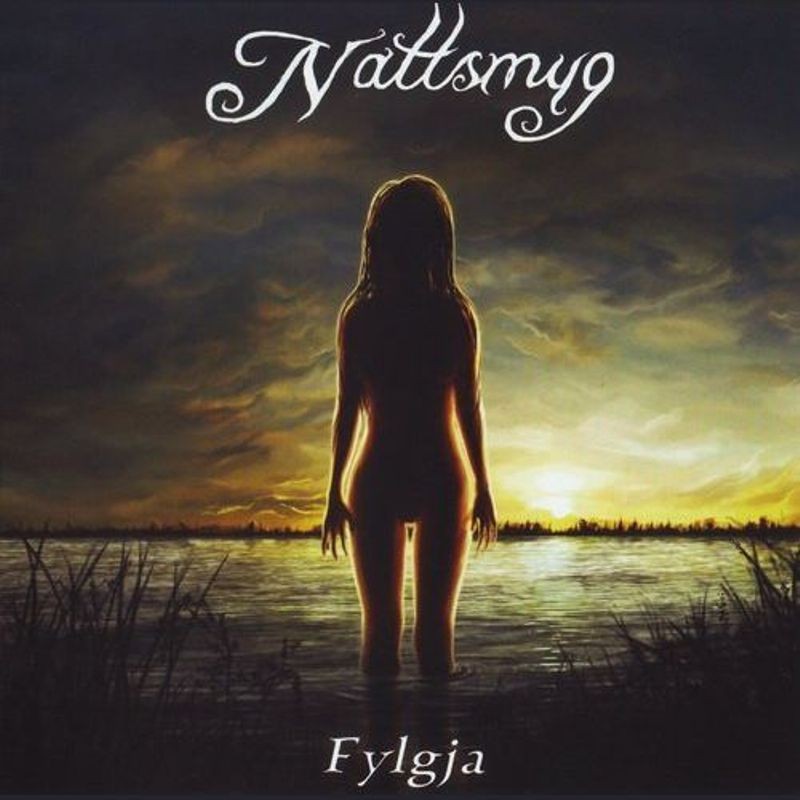 Nattsmyg have changed their game with this album, the more rustic ventures that precede sound almost clumsy in comparison and in the event, categorization has become more difficult. The Folk/Viking influence of previous works is less obvious as “Fylgja” wafts across a number of borders, you'll need to sink all your darts in the genre dartboard to be able to put your finger anywhere near a definition of the sound. The vocals, both the dream state female and the snarling male that are pushed to the fore on this album. Linn Carlshaf stand for the beautiful female vocals and Dan Heikenberg for the raw vocals. The music itself tends to be a canvas upon which they paint their picture. The beastly side of the vocals aren't used as a counterpoint apart from when they join together, whereupon the juxtaposition works well, more usually they are separated by an instrumental bridge so that they stand on their own ground. There are sections of strong male clean singing too.

Whilst the music is used to carry the vocals, it is by no means buried; it just tends to flow below them. There are varying dynamics at play, at times progress is sprightly but more often the instrumentation ripples along like wheat in a breeze. The atmosphere conjured is one that suggests a fantasy film score, there is an epic nature to it and drama drips from most of these songs, pastoral pictures are painted and when the ordnance is brought out by way of thumping bass drum and juddering guitar, those rolling hills are broken by majestic mountains. The compositions sound quite simple at first listen but this is a foil, repetition quickly reveals an undercurrent eddying with embellishment. Often this comes courtesy of the keyboards that add in woodwind melodies that take you back to less complicate times and that add warmth to an album that already has a glow.

To remind you that this is a Metal album, the guitar maintains a presence. Whilst the drums never attempt to steal the show, they often introduce a persistent pummel, especially when accompanying the moments when the guitar becomes more insistent. Ultimately, the Metal is never far away.

A well-produced album that includes both English and Swedish lyrics. “Fylgja” has a magic of its own, it will certainly appeal to more than just Metalheads!