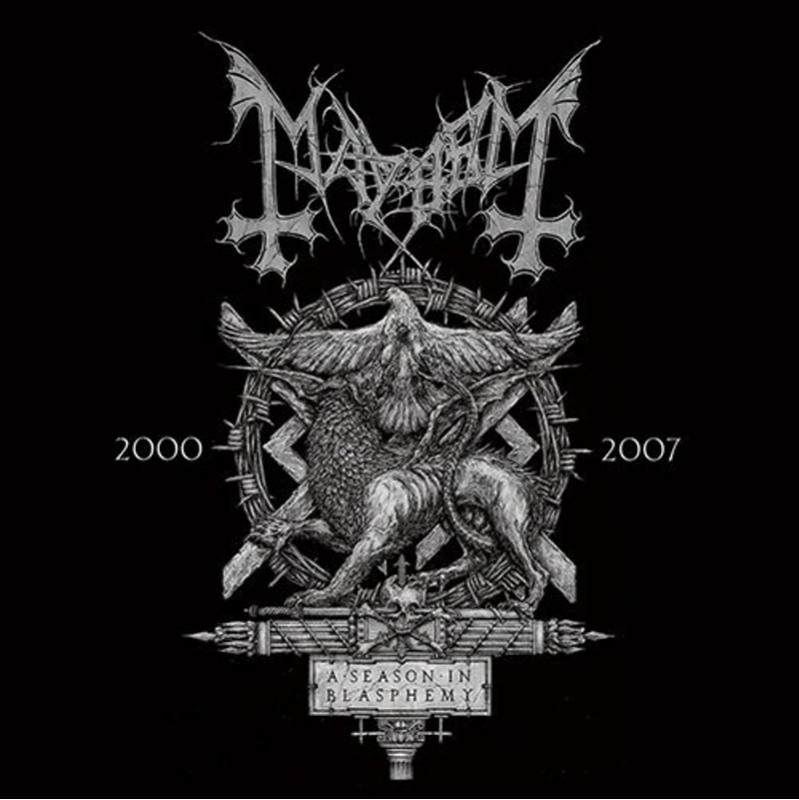 When then-20-year-old guitarist Rune "Blasphemer" Eriksen joined MAYHEM in 1995, the Black Metal band was already a legend - a status due as much to cult releases like 'Deathcrush' and 'De Mysteriis Dom Sathanas', as to the widely documented murder of previous axeman and band leader Euronymous. With incredibly big shoes to fill and in the wake of the aforementioned tragedy, Blasphemer stepped in and managed to resurrect a broken band. The rest is history: with the young Norwegian as sole composer, MAYHEM released a highly controversial album that ultimately delighted most fans in 2000 ('Grand Declaration Of War'), a traditional Black Metal album in 2004 ('Chimera'), and a mass of dirty-sounding hatred that celebrated the return of iconic vocalist Attila Csihar in 2007 ('Ordo Ad Chao'). This 3-CD set sold for a low price gathers those three cult releases. NONE ABOVE – NONE EQUAL – MAYHEM