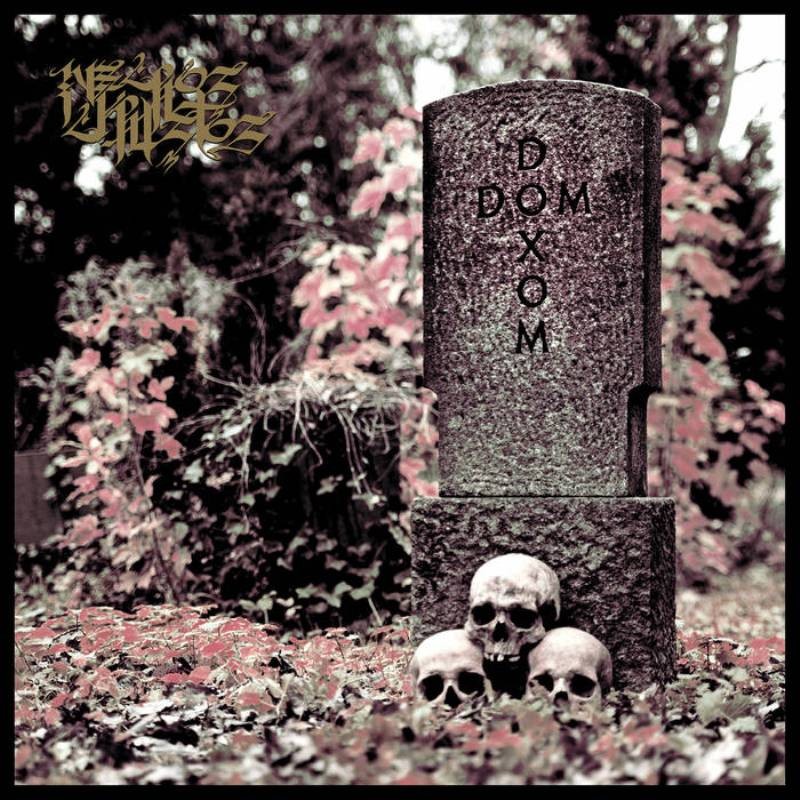 Comes in cardboard box with UV-coated finishing, with individual cover sleeve for each record, a 12-page 12"x12" booklet with lyrics and Bandcamp download code card for digital version of the album.

The time has come and therefore has the end to be. the final NECROS CHRISTOS album entitled -Domedon Doxomedon- Operating totally against the modern zeitgeist of music with all its easy listening and fake productions, this record will become a fist in the face for those searching for light entertainment. Being a triple CD with an overall playing time of 113 minutes, the record builds a monumental cathedral in its own. While the groups` second and monolithic output -Doom of the Occult- appeared like a classical oratorio with its lengthy proportions, this magnum opus will be of biblical dimensions, a funeral mass of unseen yet unheard reverberations. Alongside the numerous musical interludes named temples and gates, for which the band is known for, the actual nine Metal songs defy any exegesis. Epic yet utmost angry, brutal yet extravagantly dark, if your soul survives a complete listening of mind – blowing tracks such as ´Seven Altars Burn in Sin´ or ´The Heart of King Solomon in Sorcery´ without being dragged into the abysmal regions of hell, your senses will be left in disbelief. From the unusual, mind – demanding opener ´I Am Christ´ until the final, musical ennead called ´In Meditation on the Death of Christ´, the album functions as a gateway to truly divine spheres. Gaining inspirations from such untouchable sources as MORBID ANGEL, CANDLEMASS or even METALLICA (just hence the wonderful middle part of ´Seven Altars Burn in Sin´ with its incredible harmonics) intertwined with NECROS CHRISTOS` very own kind of atmosphere and brand of composing songs, -Domedon Doxomedon- shall be their grandiose testament. The legacy of a band, which never bowed before any trends, never compromised in their music nor did they ever walk the easy way. Dom. Doxom. has to be heard to be believed and the earth will tremble. Endtyme Death Metal shall unfold. Forevermore. Amen.